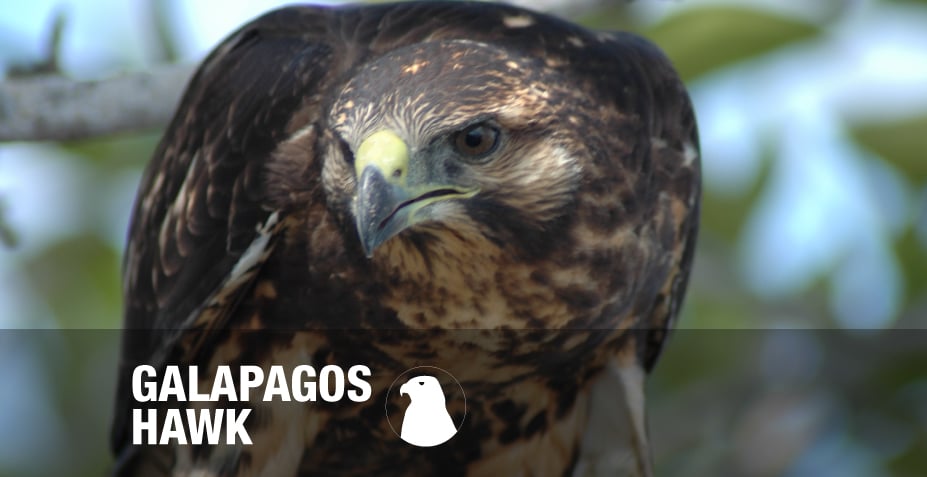 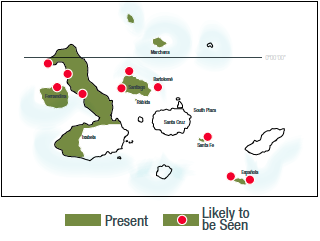 Outside the Galapagos, the animal on top of the food chain is a large carnivore like the jaguar in South America or the polar bear in the Arctic. In the archipelago, this distinction belongs to the Galapagos hawk (Buteo galapagoensis), a large endemic bird of prey. As the apex predator, it has no natural enemies, but is classified as vulnerable by the IUCN. Genetic investigation indicates that it is among the most recent native arrivals to the islands, having reached them around 300,000 years ago, compared with the famous finches, who arrived two to three million years ago.

They are present on most islands, but uncommon, with perhaps 150 breeding pairs. While they are unafraid of humans, people caused their extinction on Santa Cruz, Floreana, Southern Isabela, and San Cristóbal by introducing rival predators and through outright hunting. They are also absent on Genovesa. This natural exclusion seems to be linked to the fact that Genovesa has no lava lizards, the key food species of Galapagos hawks. They also prey on young land and marine iguanas, hatchlings of tortoises and sea turtles, as well as insects like locusts and centipedes. They may hunt in groups of up to three hawks and sometimes feed on carrion.

Of course, given the nature of diversity on the Galapagos Islands, the hawks show a significant variety of sizes, with wingspans ranging from 116cm (46 inches) on Marchena to the largest, with 140cm (55 inches), on Española. 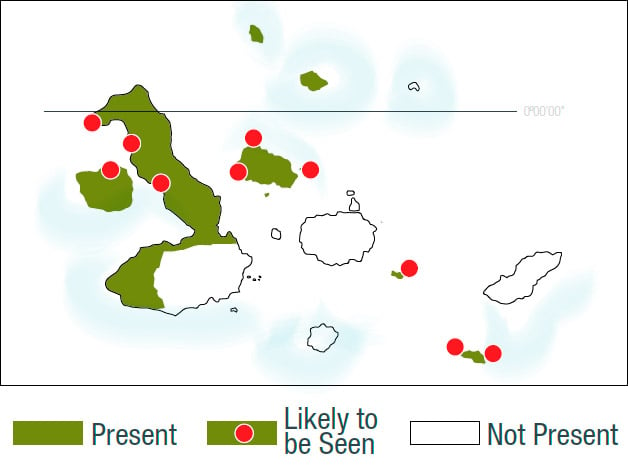