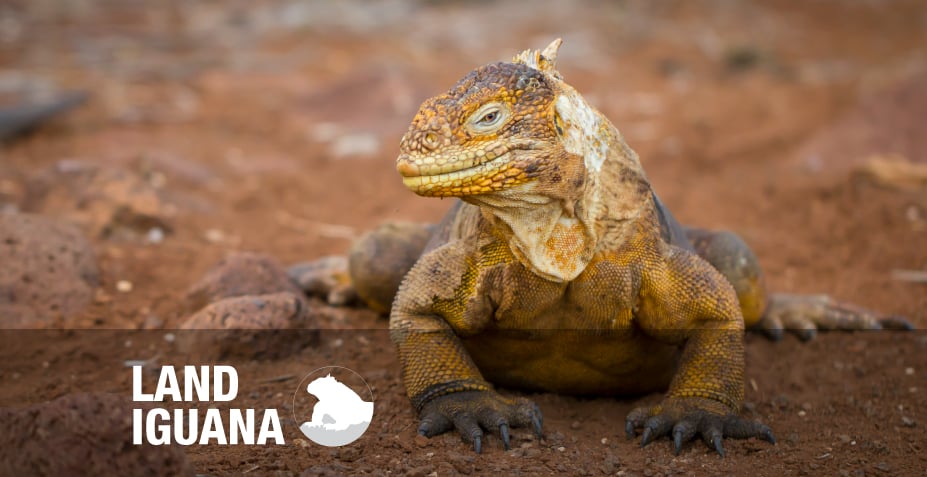 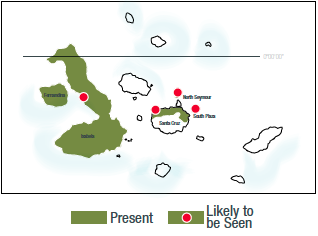 On the Galapagos, land iguanas play an important role as endemic resident herbivores. Their largely vegetarian feeding habits are responsible for the dispersal of several succulent plants. The Galapagos land iguana (Conolophus subcristatus) lives on several islands, making it the most widely distributed land iguana of the three species of the Galapagos. The biggest adults can weigh 13 kilogrammes (30 pounds).

Nesting periods vary from island to islands, and females bury two to 20 eggs in burrows. Rare hybrids of land and marine are known to exist on little South Plaza Island, and both species can be seen there side by side.

Land iguanas feed mainly on plants (mostly cacti and other succulent plants, so they can survive long periods of time without the need to drink water), but may also feed on anything else available, even carrion.

To remove the small and annoying spines of cactus fruit, land iguanas are known to roll them repeatedly over sand and stones before eating them. These reptiles have a life expectancy of about 50 to 60 years. Invasive mammals have taken a strong toll on these iguanas, with rats attacking eggs, feral cats eating the young, and feral dogs the adults. Feral donkeys and goats compete with them for food.

The national park’s programmes to eradicate introduced species have helped the iguanas recover, allowing Galapagos land iguanas to be reintroduced on islands like Baltra where they had become extinct. Their current population is estimated between 5,000 and 10,000 animals. During the hot season (December-May) their courtship behaviour is quite amazing to observe with aggressive chasing, territorial displays, and the development of bright brown and yellow coloration in their skin. 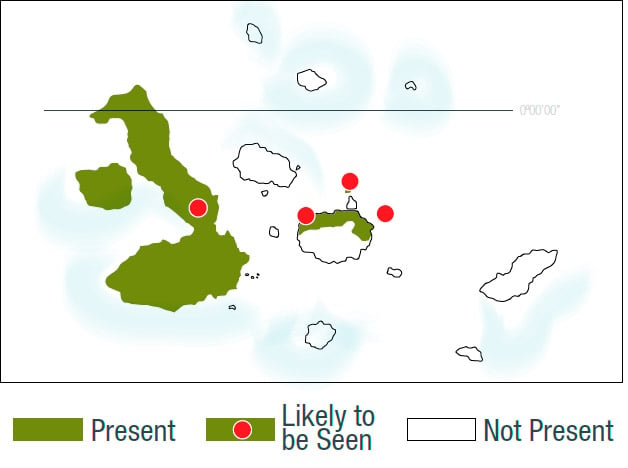