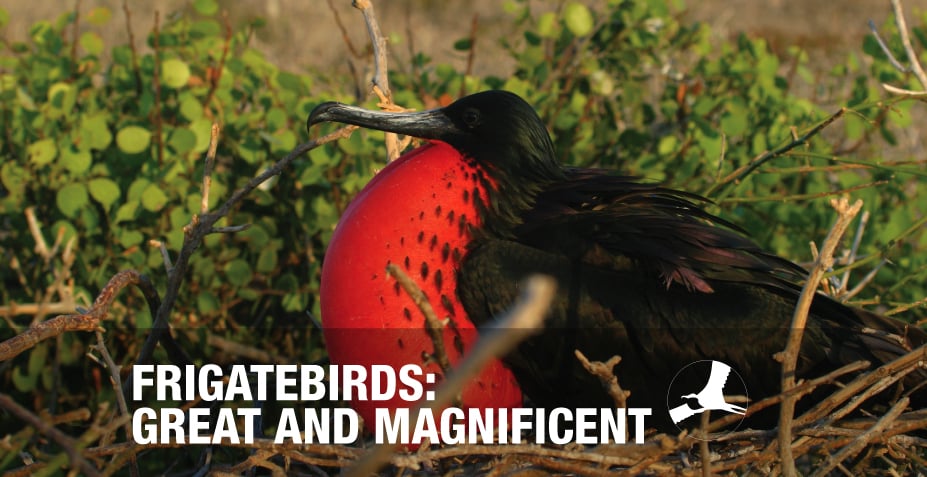 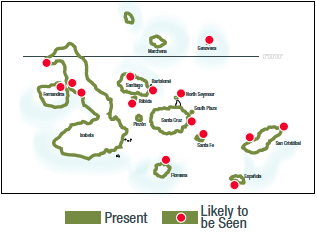 Unusually, two different species of frigatebird coexist practically side by side on the Galapagos: the great (Fregata minor) and the magnificent (Fregata magnificens), the largest species of frigatebird. While they have a wide distribution through tropical oceans, there is nowhere one can approach them more closely than on the Galapagos. The magnificent is more pelagic, foraging for fish out at sea for long periods of time, while the great is more coastal. They catch most of their food on the wing, sometimes robbing other seabirds.

In their larger colonies, both species nest near each other. Males’ impressive red gullar sacks – which inflate to bright red heart-shaped balloons – are among the most eyecatching feature of Galapagos breeding colonies. It takes around a half hour for the sacks to inflate.

While our guides will help you pick out which is which, great frigate males inflate a slightly shorter gullar sack, but of a warmer red colour. Additionally, male great frigates have a green sheen on their shoulder plumage, while magnificent males have a purple sheen. The easiest to tell apart are juveniles and females: Magnificent frigate females have a black triangle of feathers running down from the base of the chin to the centre of their white chests.

As a result, a white “M” is visible from below. Great frigate females have white all the way up their chins. Juvenile magnificent frigates have a white head, while great frigate juveniles have a rusty tone. All Galapagos locations will have frigatebirds flying around, and top places to see their nesting colonies include San Cristóbal, Española, and Genovesa Islands. 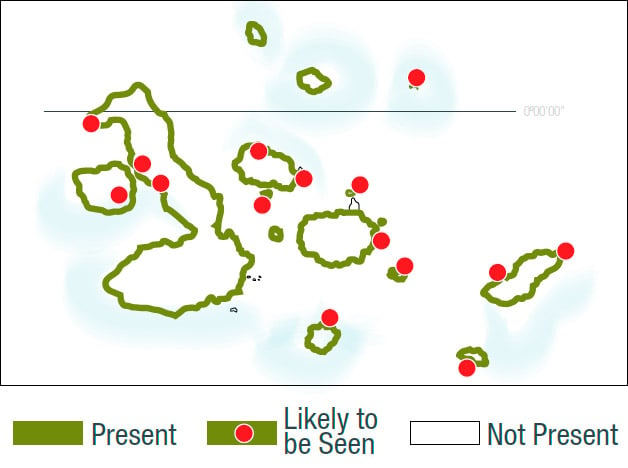