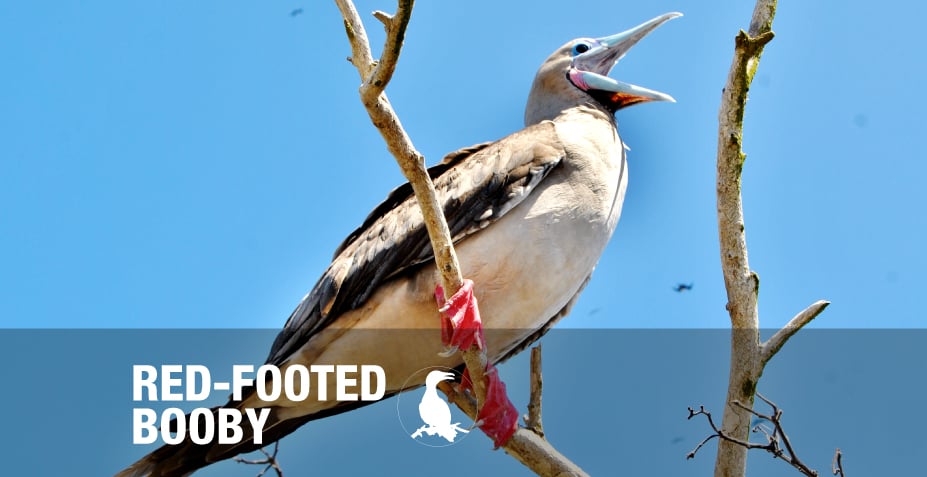 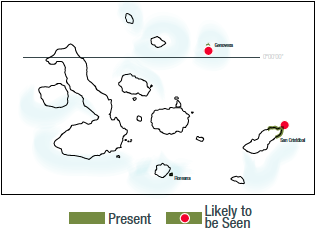 Ironically, the least seen booby happens to be the most numerous on the archipelago: the red-footed booby (Sula sula). They nest mainly on Genovesa Island, as well as San Cristóbal, but may occasionally be seen elsewhere in the archipelago. For them, to live in the corners of the archipelago makes perfect sense, as these boobies forage on the outskirts of Galapagos waters. They have a particular taste for flying fish, which they catch thanks to their ability to fly at high speeds.

Individuals among this smallest Galapagos booby species grow to up to 77 centimetres (30 inches) in length, with a wingspan of up to 145 centimetres (57 inches). Its beak is light blue, turning to pink around the mouth and above the eyes, and its feet are characteristically red, with white claws.

Adults have feathers varying from white to brown tones. At the same time, hatchlings look much like the Nazca boobies, all in white with black beaks. They generally build their simple nests in low-lying branches of trees or bushes, unlike all other booby species. To do this, they have longer toes than other boobies, allowing them to grasp and hold on to twigs and branches. They lay only one egg. If it is lost, females may lay another within 10 to 40 days. Besides the Galapagos, they may also be found in a vast area of the Pacific Ocean, including Midway Island and Easter Island. 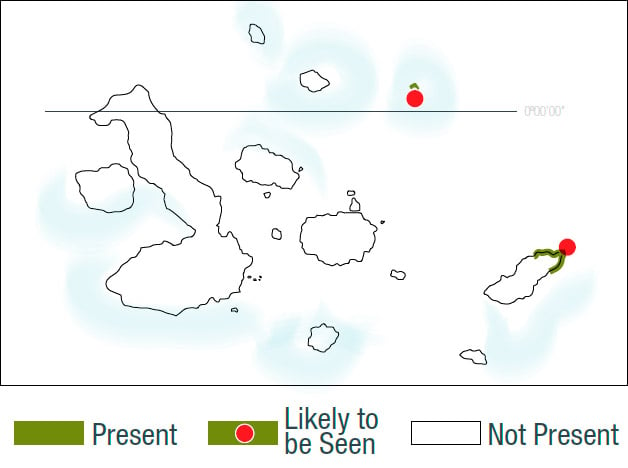