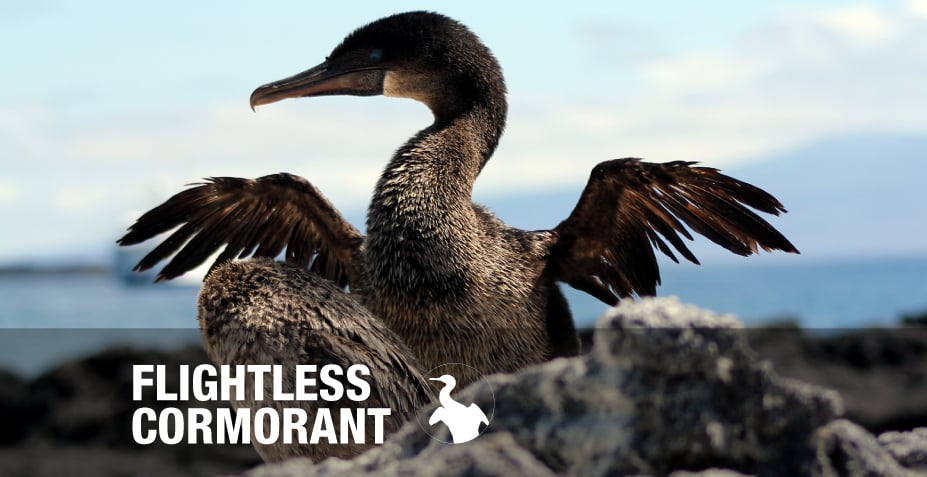 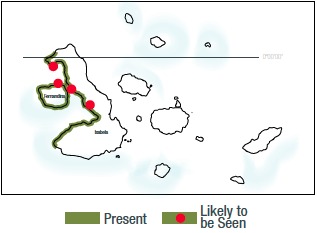 Limited Distribution Species: Found only on Fernandina and the west coast of Isabela.

The Galapagos or flightless cormorant (Phalacrocorax harrisi) is the rarest, biggest, and most unique cormorant. Its ancestor arrived in the archipelago around two million years ago, in fact even before Fernandina and Isabela, the islands where they now live, even existed. This bird probably evolved in the centre of the Galapagos before migrating west in tune with a major shift of high marine food productivity upon which it had come to rely.

Uniquely among cormorants and, except for penguins, marine birds overall, it lost its ability to fly, eased by the absence of terrestrial predators, but mainly to adapt to its need to grow a larger body to dive. Mostly it dives at depths of around 10-15 metres (33-45 feet), but can go as deep as 80 metres (260 feet) if necessary, such as during an El Niño. Adaptations to its feeding habits also include its feathers, which resemble fur and aren’t covered in oil, and its solid bones.

The most unusual trait of these birds may be their mating system: sex roles are partially reversed in courtship – i.e., females lead and are more active than males in courtship and compete aggressively for access to males. The female normally deserts its mate and offspring to re-mate serially with different males while males raise the young unaided. Due to their restricted range, they can only be encountered on voyages through the Western Islands. 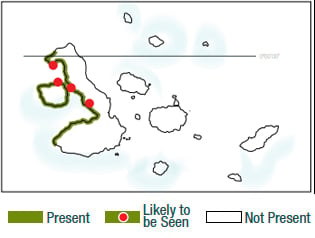