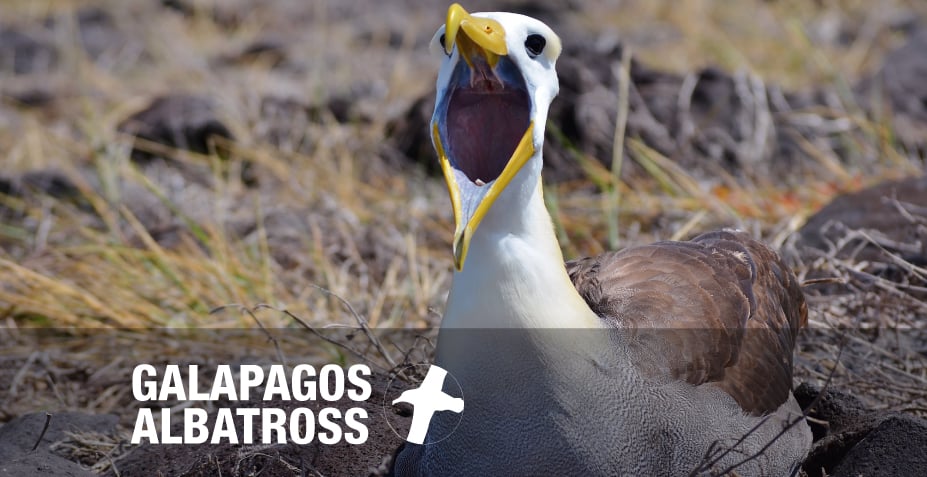 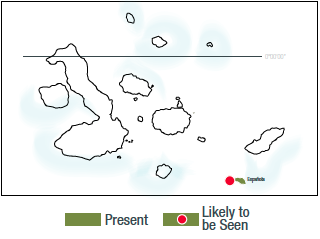 Also called the waved albatross, the Galapagos albatross (Phoebastria irrorata) is the largest bird in the Galapagos, with a wingspan of up to 250 centimetres (8.2 feet). They breed exclusively on Española Island, except for a handful of albatross on the continental Ecuadorean island of La Plata. Close to 35,000 breeding pairs exist, but they have been considered critically endangered since 2007 due to the vulnerability of having a single main breeding site. Albatross have a spectacular mating dance of circling and audible clacking of beaks. Often considered fully monogamous, long-term behavioural research has proven that individuals do mate with birds with which they don’t share a nest.

Unlike most other animal species of the Galapagos, the waved albatross has a fairly predictable breeding cycle, and for a very good reason: all couples and hatchlings must leave Española before the winds fade away in mid-January. Being so large and heavy, any albatross staying on after that yearly change in weather patterns literally would be stranded until winds pick up again around April; hence, eggs are laid between April and June and incubated for two months. Albatross feed mainly on small fish, squid, and crustaceans.

When seasons switch back to the cooler, but dryer months, the albatross return to Española – most of them having scored many thousands of miles of foraging trips to the coastal oceans of mainland Ecuador and Peru in the process! They, in fact, spend very little time of their long lives atop dry ground. They either fly or sit calmly at sea most of their life. Land is for these big birds only a matter of reproduction. Among the BIG15, Galapagos albatross can only be seen on itineraries that explore Española Island in the southeast of the archipelago. 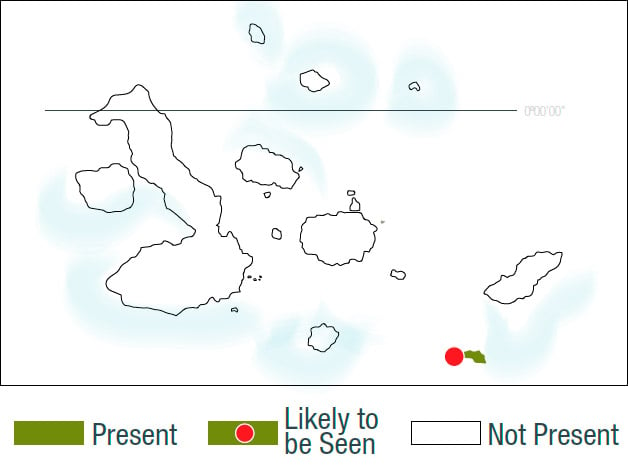