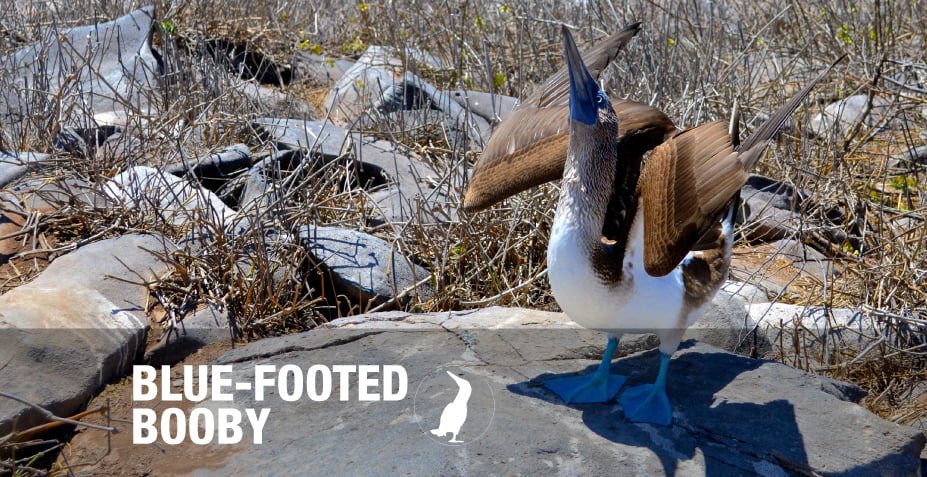 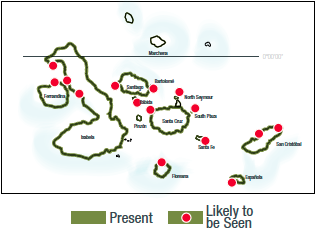 Best known for some of their notably colourful anatomical features, the three species of boobies that nest on the Galapagos belong to the Sulidae family of seabirds. Sometimes looking comical on land, they catch fish with spectacular plunge dives, often chasing fish while underwater. The Galapagos boobies are endemic as sub-species.

Visitors love the blue-footed boobies (Sula nebouxii) Their conspicuous, unreal-looking blue feet fascinate visitors, as well as their famous, amusing mating dance, during which the male shows off its feet in up-and-down movements to attract females. The most attractive feet for potential mates are those of a more turquoise blue, rather than the deep blue. The shade of blue is indicative of how good a male is at feeding himself, being linked to the amount of food it consumes. Females are actually slightly larger than males, measuring up to 90 centimetres (36 inches) in length, with a wingspan of up to 1.5 metres (4.9 feet). While they also nest in other parts of Latin America between the Pacific Coast of Mexico and Peru, around half of all blue-footed boobies live on the Galapagos.

At the same time, while these are generally the most commonly encountered boobies, they happen to be the ones with the smallest population. The most important breeding colonies exist on Española Island and North Seymour. But the dramatic sight of plunge-diving boobies may be witnessed on any given day throughout the archipelago’s waters. Reliant on diving into the sea to feed, their nostrils are fused, hence it breathes through the corners of its mouth. Unusually for boobies, they may raise more than one chick at a time, although during times of scarce food competition is harsh and first-hatched chicks may kill their smaller sibling (siblicide). The blue-footed booby is considered non-threatened. All itineraries will have contact with blue-footed boobies, and some explore their nesting colonies. 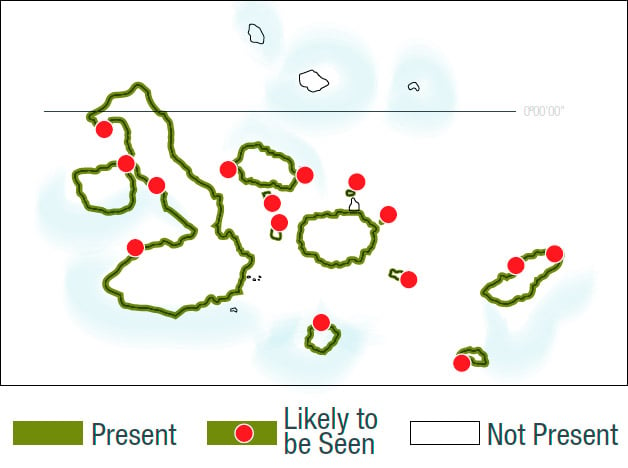