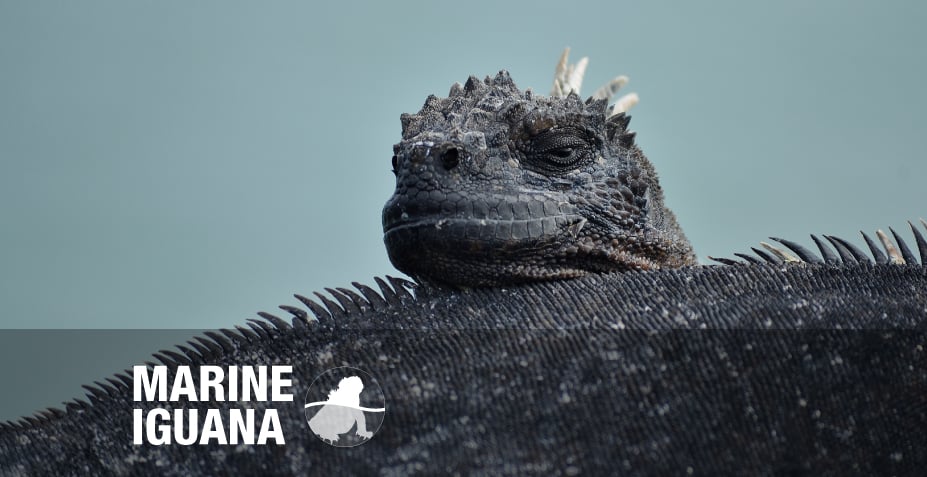 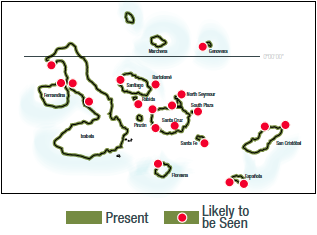 The marine iguana (Amblyrhynchus cristatus) is one of the most amazing Galapagos species. Few species show such astonishing adaptations and evolutionary changes as these lizards, called “imps of darkness” by Charles Darwin. They arrived as terrestrial iguanas, and then evolved into their marine status and then spread throughout the archipelago. Their marine adaptations are a unique showcase of evolutionary biology. They are found on all Galapagos Islands – but nowhere else.

Their critical adaptations to a marine habitat include a reduced heartbeat and constriction of blood vessels near its skin to avoid temperature and oxygen loss. A shortened snout with small tricuspid teeth allow them to graze on the narrow algae they forage at low tide either submersed, especially in the case of larger iguanas, or those exposed by low tide favoured by smaller iguanas.

Marine iguanas also have a supersized supraorbital gland (marine birds also have this gland well developed) as a means of extracting excess salt from their blood flow, like kidneys, and sneeze it out several times in a day. 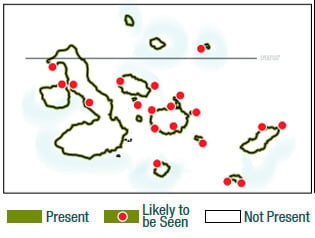