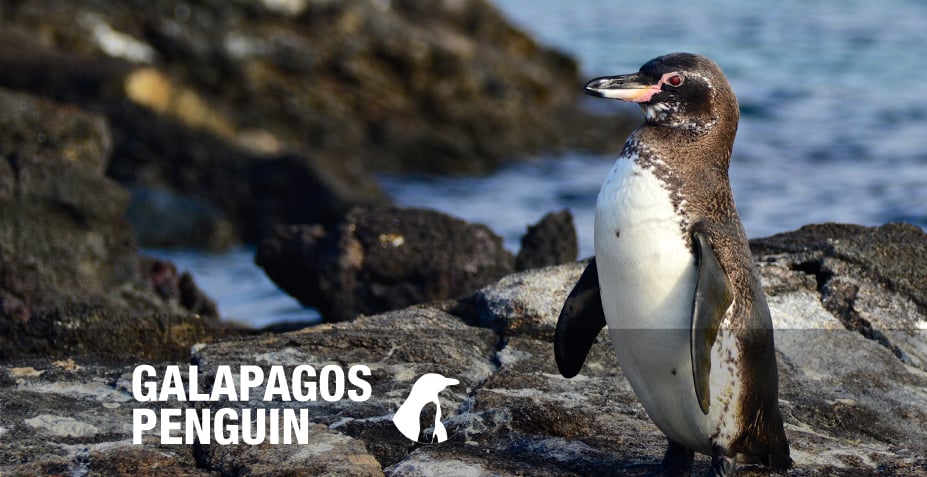 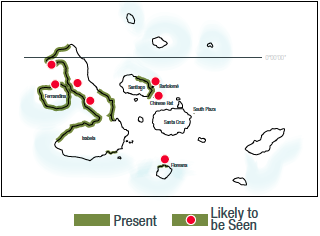 Galapagos penguins (Spheniscus mendiculus) are the only penguins that live on the equator, the only penguins that moult twice a year, and, of the 18 species of penguins, they are the rarest. The Galapagos penguin is the second-smallest penguin and weighs about two kilogrammes. Males, generally larger and heavier than females, have thicker bills. The Galapagos penguin is the only species of penguin that has no set breeding season, can lay eggs up to three times in a year, and, when food is abundant, can raise two chicks in about three months.

These penguins can survive on the equator because their breeding biology is adapted to the unpredictable upwelling of productive, nutrient-rich water in the Galapagos archipelago. During breeding, they shed their feathers around their eyes and bill so they can lose heat, and they stand with their feet in the shade to avoid the hot black lava.

Penguins have no sweat glands, so when they get hot, they pant to keep cool or jump into the water. They seek shade to lay their eggs and raise their chicks. Lava tubes and crevices just above the highest tides make good nest sites.

The current population is less than half of what it was in the early 1970s, with somewhere between 1,500 and 4,700 individuals. The population of Galapagos penguins has not recovered because of several severe El Niños in the 1980s and 1990s and the introduction by whalers of predators like rats and cats to the islands. 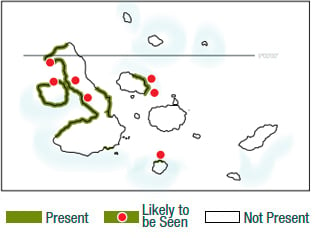