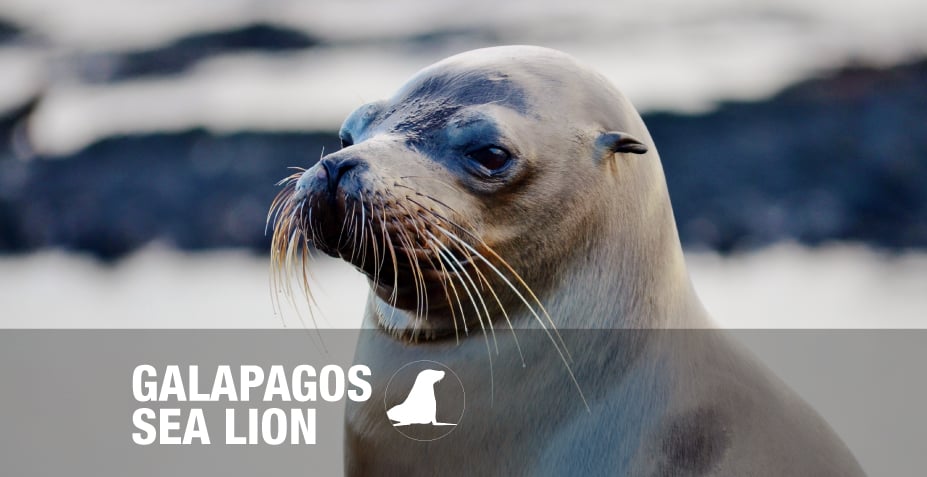 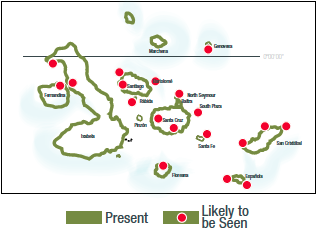 The Galapagos sea lion (Zalophus wollebaeckii) is a particularly interesting seal species since it lives right on the equator, exposed to greater heat and potentially less food than colder-climate species. The productivity of the Galapagos, as well as the sea lion’s adaptations, allow it to thrive nonetheless. This is the smallest species of sea lion, with females weighing around 75 kilogrammes (165 pounds) and males up to about 200 kilogrammes (440 pounds). Its ancestor apparently reached the archipelago around 1.2 million years ago, and the species currently numbers around 20,000 individuals. El Niño events also impact their population by reducing food supply.

They live throughout the Galapagos, but most densely in the central islands. Nonetheless, given that they are an endemic species in a small area, they are listed as endangered. Excellent divers, they can descend up to 580 metres (1,900 feet), although they mostly look for food in the top 100 metres (330 feet) below the waterline, day or night. Visitors may see sea lion pups during most of the year. Most births are October and November, but on South Plaza, breeding season extends from July through April. During this time, dominant males defend their territories – and harems – along the shore, living off their fat reserves, while smaller males may try to sneak in and find a mate. After giving birth, mothers stay with their pups for five to seven day, later alternating between one to four days of hunting in the ocean and one day of suckling ashore. The length of time pups stay with their mother varies considerably: On Fernandina, they become independent after just a year, while this takes two to three years in the central islands. They are seen on all of our itineraries. 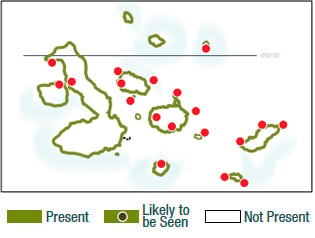