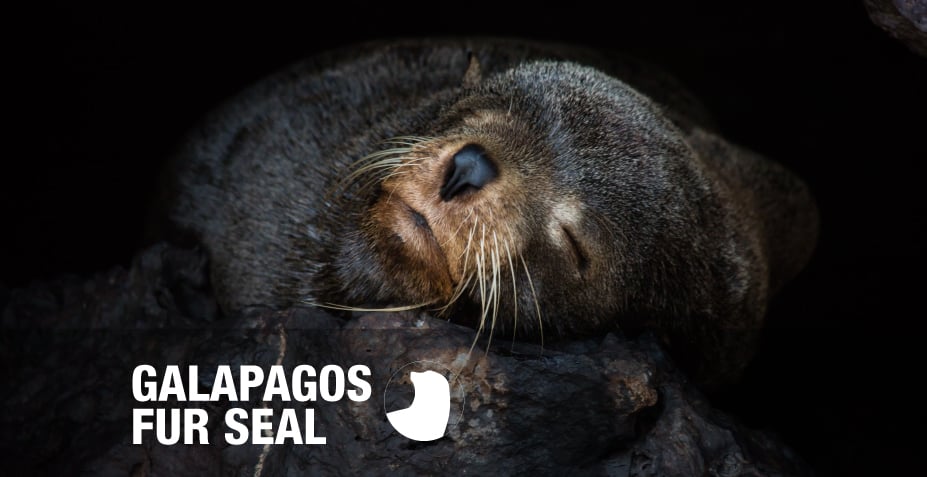 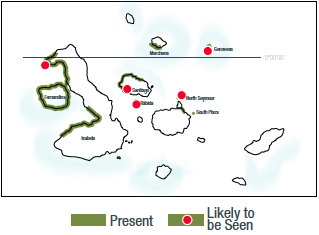 The Galapagos fur seal (Arctocephalus galapagoensis) is the smallest of all seals, with females weighing just around 30 kilogrammes (66 pounds) and males around 80 (176). It appears to have arrived in the archipelago relatively recently and is more similar to its mainland relative than the Galapagos sea lion. It currently numbers around 15,000 individuals but can be highly susceptible to El Niño events, during which many young risk starving.

They live mostly on Fernandina and the western side of Isabela, but can often be seen in other parts of the Galapagos, notably Puerto Egas, North Seymour, and Genovesa. Solitary males can occasionally be found all over the archipelago. During breeding season, between September and December, males however defend their territories for two weeks to a month at a time, living off their fat reserves.

After giving birth on land, mothers stay with their young for five to seven days straight. Pups stay with their mothers for two to three years; should another youngster be born during that time, both compete sharply for food, and the younger one generally starves.

Galapagos fur seals tend to hunt well offshore at depths between 60 and 100 metres (200 and 330 feet), seeking fish and squid that at night tend to rise to these depths from further down. The bright light of the moon can keep this ascent from happening, so that most fur seals tend to spend nights close to full moon on land. 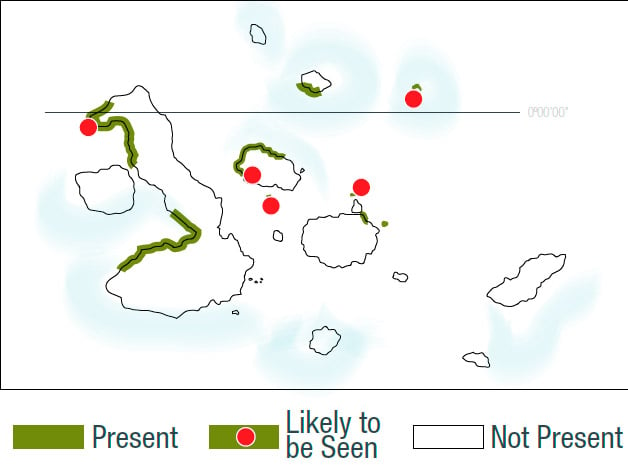